As some of you know, I have a Twitter account for meteorological interests. I eschew all arguments, politics, etc. which means I follow a handful of National Weather Service accounts, some meteorologists, and other similar accounts. Nothing is immune from controversy so on rare occasions I bump into tweets about “chemtrails”, the name some people have coined for contrails. I know from sad experience that no one has ever had their mind changed by an online argument, so I pass those things by. A few weeks ago I saw another post re: chemtrails and decided to see what exactly were the arguments people were advancing in favor of them. I did my research off Twitter. Of course. 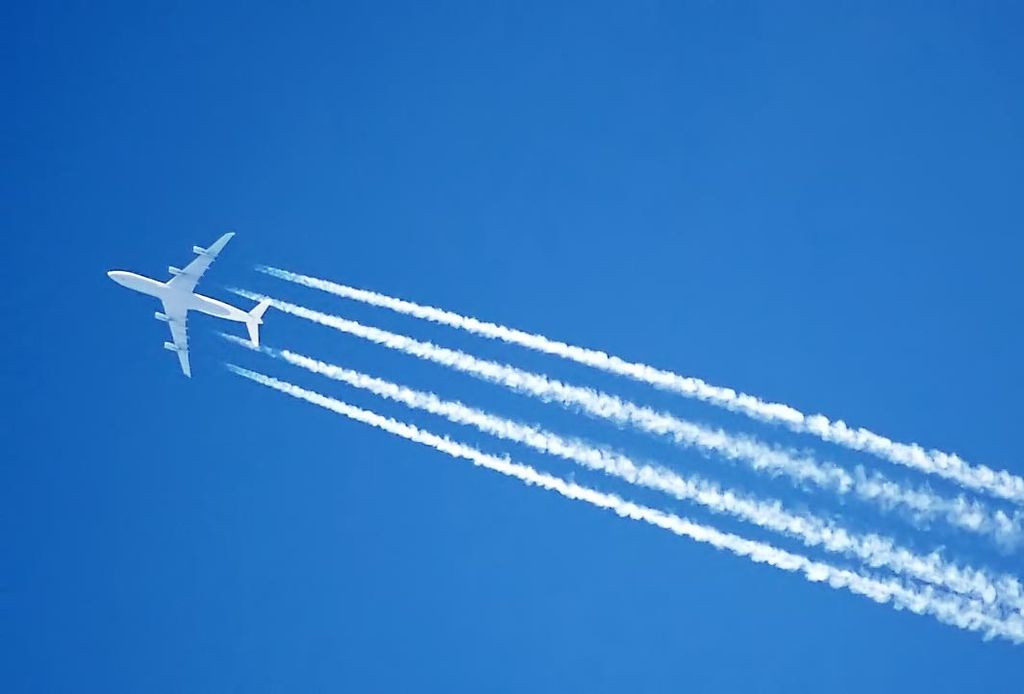 This is not going to be a post about chemtrails so I won’t go into the reasons people believe they exist (and refute them). Partly for the reason stated above, and partly because this turned into a stepping stone on the way to trying to understand something larger: conspiracy theories.

Anyone reading this can come up with at least a half dozen conspiracy theories off the top of his head. They’re everywhere, and they’re not limited by geopolitical boundaries. (In my research I bumped into one I had never heard of and didn’t really even understand, but that was partly because it was largely based in India.) Some seem crazier than others, and some have a million adherents while others are doomed to the perpetual lunatic fringe. Again, an exhaustive list (which doesn’t exist anyway) isn’t the point of this post. The point is, we all have heard of them and could discuss a few with some intelligence.

Jumping back to the chemtrail conspiracy theory for a minute: given my combined interest and knowledge in the subjects of meteorology, aviation, and psychology, I couldn’t see how anyone could seriously believe in such a thing once presented with the basic facts. And yet people do. Why?

Stepping back from the details, and looking at the broader picture which includes most conspiracy theories, you see some common things:

Now, all of the above requires something that exists in limited quantities: energy. No one expends energy on a consistent basis unless they are getting something out of it. So what are people getting out of supporting these theories? Clearly something.

You could say for a few supporters of a few theories, they are motivated by (or would insist that they are motivated by) concern for the public good. If, for instance, they are proposing that some nefarious group is poisoning the water supply (apart from basic pollution or the like) then they see themselves as working to save people from being poisoned. Ok, hard to argue with that, although even then there almost certainly are other motives. But let’s move on.

What about something like the Moon Landing Hoax, or the Flat Earth Theory? It would be really hard to point to some specific harm that has been done/is being done to people as a result of these were they true (which they’re not, and don’t even start with me). These fall into the general category of “people in power are pulling one over on us for their own malicious purposes”, the ‘malicious purposes’ being dark amusement, I guess. Being presented with the facts and incontrovertible evidence to the contrary, people will still insist to the death that they, and we, are victims of these insidious plots. Again, what do they get out of this? Based on my own observations, intuitions, and research into studies other people have done on this phenomenon, I would say they get some or all of the following “benefits”:

These are all powerful things and a big motivation to keep the conspiracy theory alive at all costs. This is the reason why you’re never going to win an argument with a conspiracy theorist. Balance all of the above benefits of continuing to hold the conspiracy theory with what you’re offering in return for dropping it: humility. Not a tough choice, huh? Only the rare few who are honestly seeking the truth (and who were seduced by the theory initially because it seemed rational) will be able to examine the evidence and come to the conclusion, however reluctantly, that the conspiracy theory is false. This is quite commendable for them because not only do they have to have humility (an unfortunately rare quality) but they are now genuine victims of the abuse they will incur for turning traitor to the cause.

There is a very valuable example of the last instance that I read about involving a man who had adopted the 9/11-Was-Engineered Theory. He had actually risen within the ranks to become a sought after speaker and professional protester in the Cause. He accepted the invitation to appear in a documentary exploring both sides of the equation, and during the making of that documentary had to fact the fact that, well, he had been wrong. Being an honest sort, he made a YouTube video to explain as much (on his highly popular conspiracy theory YouTube channel) and was instantly a pariah. He received death threats, got hate mail, was hacked and defamed publicly, and even his family wasn’t immune. Poor man!

When I read this article I had a bit of a revelation. This wasn’t just “one of those crazy things about people”, this was from Satan.

One way to examine something is to look at its fruits. This is not fool-proof, but it is pretty useful. If a group or movement produces large quantities of discord, disturbance, conflict, anger, hate, violent emotions and violent actions, then it is probably not coming from a good source. Also, look at the behavior of the group members when someone “leaves”. If the majority react with invective, over-the-top rage, and threats, again, you’re looking at something demonic in origin. [Cults are a prime example of this.]

This made me look at conspiracy theories in an historical perspective. When you look for the essence, and not just the word “conspiracy” (of fairly late origin), you realize that there have always been conspiracy theories. In history these theories have largely been targeting groups of people (Jews, Catholics, Armenians, etc.) and served to validate the bias people had against these groups. (If you are certain that Jews are poisoning wells, then you can legitimately hate and oppose all Jews, right? Sigh.) But this goes back even farther.

The concept of gnosticism is a bit broad and changed throughout the millennia, but the basic idea is that of knowledge (gnosis), and generally mystical or secret knowledge, being sought after and prized. Mostly this referred to the knowledge of God, but not in an orthodox way. The goal was to attain this knowledge and be divinely elevated as a result. This has nothing to do with God as our loving Creator. Secret societies such as the Freemasons are ideological descendents of the Gnostics. But this craving for secret knowledge doesn’t begin here.

You can find examples of this desire for secret knowledge however far back you go, and eventually you’re at the very, very beginning.

What did the serpent tempt Eve with in the Garden of Eden? The fruit of the tree of the knowledge of good and evil. Adam and Eve had been quite obedient in God’s command to eat any fruit but this one, but then…

Now the serpent was more crafty than any of the wild animals the Lord God had made. He said to the woman, “Did God really say, ‘You must not eat from any tree in the garden’?”

“You will not certainly die,” the serpent said to the woman. “For God knows that when you eat from it your eyes will be opened, and you will be like God, knowing good and evil.” [Gen. 3:1-4]

He tempted her with the promise of secret knowledge, and God was the one responsible for keeping this knowledge from her. According to the serpent, he was the original conspirator. This did not end well.

So looking back at all of this, what conclusions can we draw?

Conspiracy theories are temptations from the father of lies. They serve to sow discord, obscure Truth, and promote the sinful passions, particularly pride and anger. The approach to conspiracy theorists, therefore, should be primarily spiritual, not intellectual. “Don’t argue with the devil, because he’ll bring you down to his level and then beat you with experience,” is an old axiom. If you see someone in the grip of this delusion, don’t argue with them. Don’t demean them, and don’t ridicule them. Don’t feel superior to them. After all, which delusions are you holding that you can’t see? Examine yourself and pray for everyone. If Satan’s goal is to spread discord and separate us from God, then fight against that by being peacemakers. We are all fighting the same battle, in the end, and we’re all supposed to be on the same side.

Lord Jesus Christ, have mercy on me, a sinner!

One thought on “Chemtrails, Conspiracies, and the Garden of Eden”