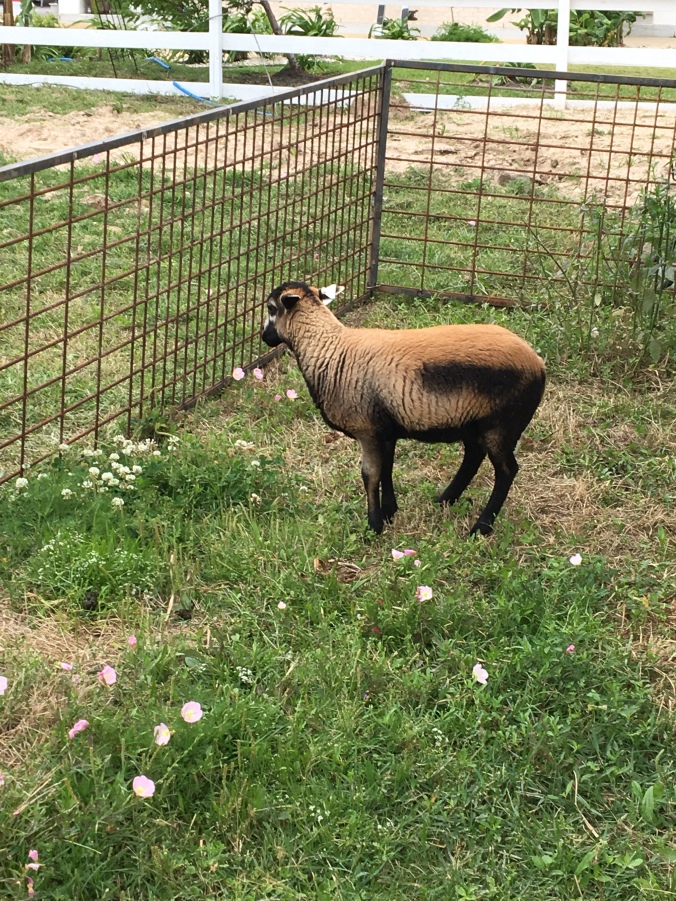 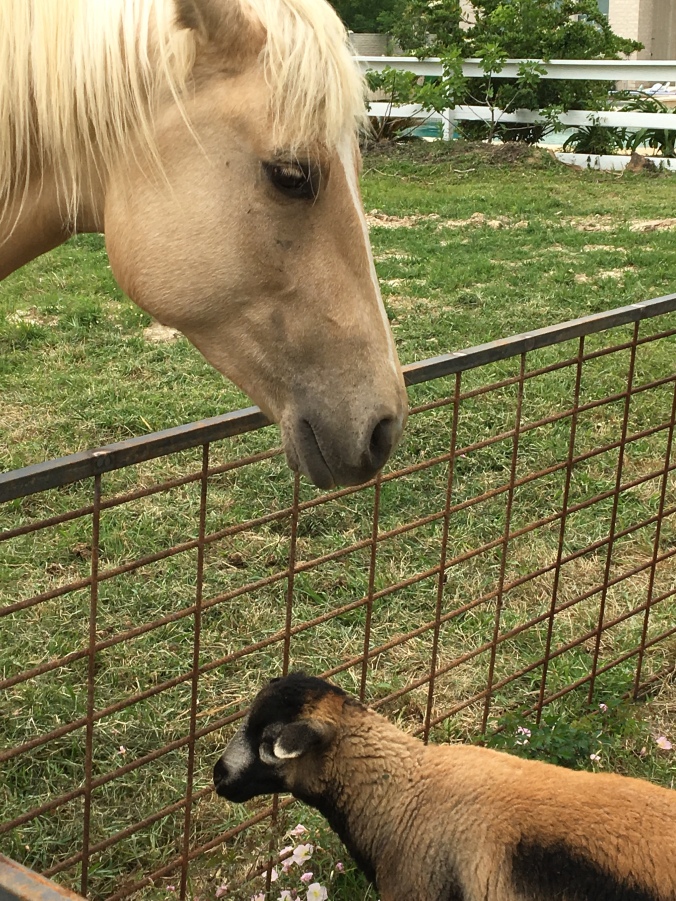 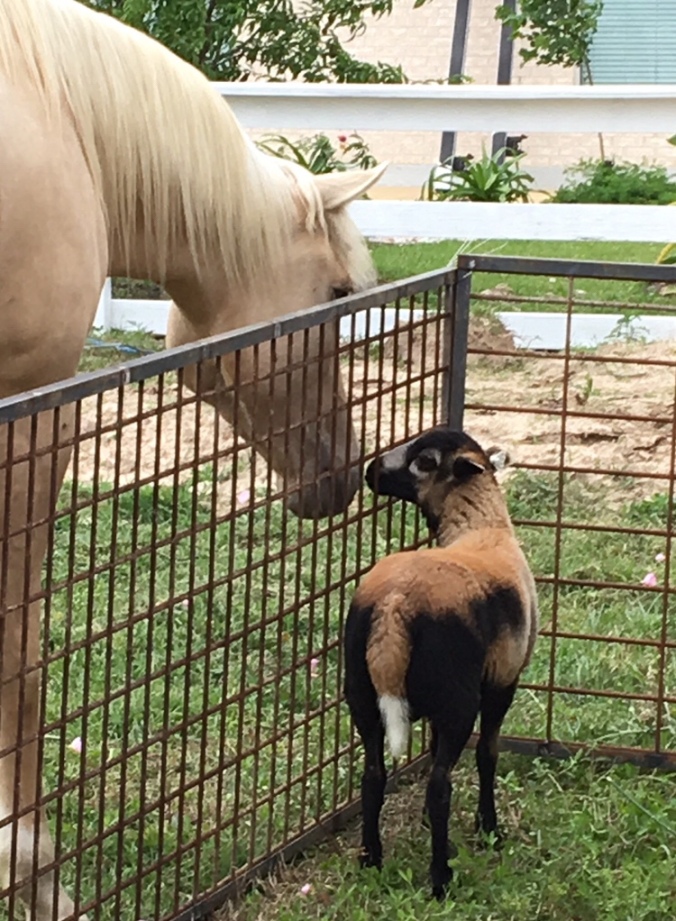 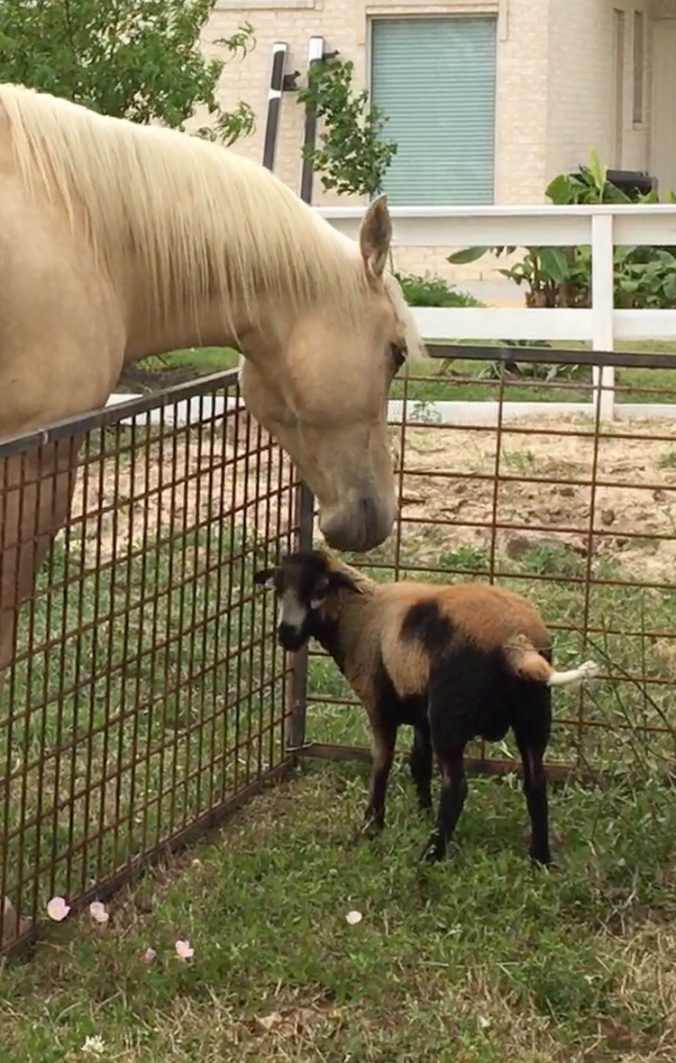 When we got to church before Vespers and walked over to see the puppies, Moppet said, “That’s a big dog!” One of the older girls said, “it’s a goat!”

Actually, it was a sheep.

The children naturally went eagerly toward the pen to greet the new arrival but the sheep was clearly skittish. As we approached he ran around frantically and even threw himself at the bars of the pen. I was in the process of getting them to back off (the poor thing was obviously terrified) when the mare, who had been grazing peacefully a short distance away, swung around immediately and trotted over to the pen. She lowered her head to the sheep who calmed down. It was so obvious that in some way she was saying, it’s all right, I’m here. The mare was acting protectively so we backed away cautiously. I decided it was time to get the little ones in church anyway so I took them in. I was informed that after we left the sheep jumped out of the pen and followed the mare into the field where I saw them grazing happily after Vespers. It was quite something to see.

One thought on “Friends”