I don’t usually share things like this, but I’ve struggled with it for so long and finally had an epiphany.

Probably most of us get angry when we see one person hurt another. When the “hurt” is magnified to mass murder and the “one person” is really a succession of multitudes acting on the same vendetta over centuries, that anger easily morphs into hate. And it doesn’t even have to be that bad. I strongly identify with Gandalf in the picture below, and I do think that tendency is a direct consequence of my personality: 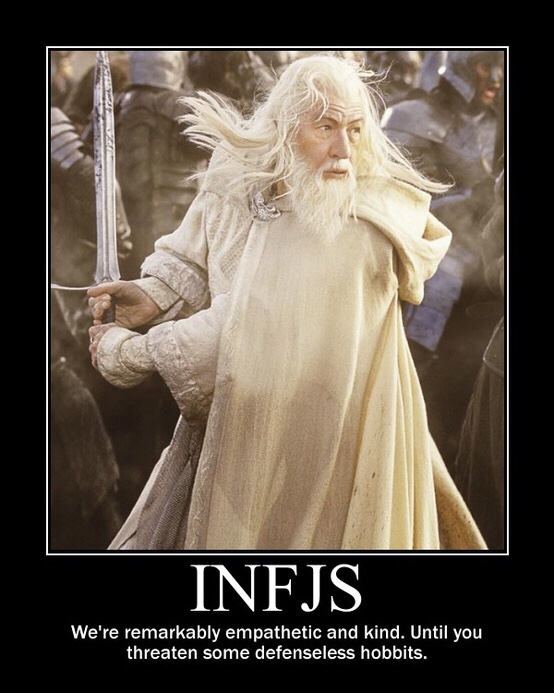 [There is such a thing as righteous anger, but we’re supposed to be angry at sin, not people. I don’t do the “hate the sin, not the sinner” thing well. Not that I spend my days walking around in a seething hatred, but you know what I mean.]

Then the other day I was watching a documentary on the history of rescue equipment. The first segment was on urban rescue and how the concept evolved over time. A fairly quick succession of clips of various urban disasters was shown during the voice-over. They were: the World Trade Center bombing in ’93, the Oklahoma City bombing, and an embassy bombing in Africa*. In each clip determined rescuers were climbing over rubble looking for survivors. As I watched with mounting sadness, the weight of death and pain seemed worldwide (as it is), but because of the lack of focus on any one tragedy I was able to clearly think, Satan is behind every single one of these acts.

Something about this struck me at the time but it wasn’t until after the documentary was over and I was reflecting back on it that I realized something. In those clips there were no pictures of perpetrators. No pictures of reactionary riots. No signs yelling for justice or revenge. Only calm determination. I could easily imagine each rescuer being so focused on the task at hand that in those immediate minutes there was no room for anger. Anger only distracts when you’re trying to save lives.

In one shining moment of clarity I saw each tragedy as a new fold of the great net that Satan has cast over the world. His goal is to destroy as many of us as possible. Some he destroys by inciting violent acts against others. But some simply crawl under the smothering net on their own. They are the easy victims, in a way. In one cast Satan can bring in both the murderers and the ones who react to that murder with hatred (even if they never lift a finger in revenge, or utter a word). For the first time I saw the perpetrators with pity. I can honestly say that never happened before. Because of that pity, I could see the net, and choose not to crawl into it.

I want to hang on to that clarity. At that moment I wrote, “don’t get caught under the net,” on an index card and put it on my bedside table. I ought to engrave it on a bracelet and wear it daily.

For God’s sake, for your own sake, don’t get caught under the net. Stand outside it and pray for the salvation of those caught.

Through the prayers of the Most Holy Theotokos and all the saints, may God deliver us from the evil one! 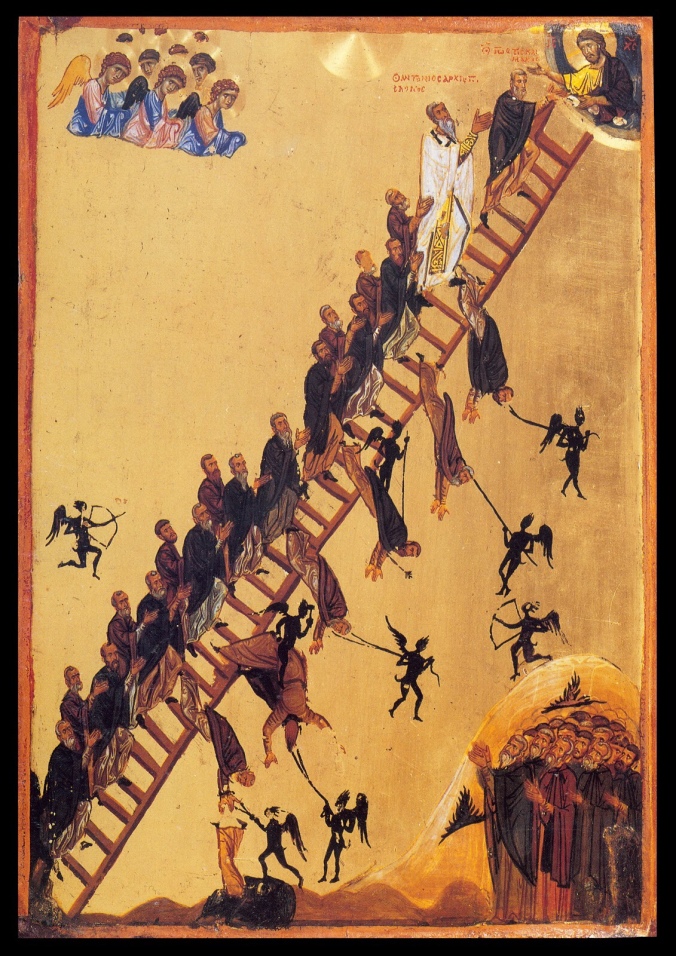 *This is a list of bombings with mass casualties, but this also applies to less dramatic things such as the promotion of legally sanctioned murder of babies (abortion), drive to destroy the family with secularism, and other evil acts. It even includes getting cut off in traffic, if that causes you to react with anger.

5 thoughts on “Don’t get caught under the net.”