I set out some candy from me and from Grandmother last night. When Mittens saw her heart opened this morning she said, “*gasp* CHOCKIT!!!” Hahaha.

I didn’t make valentines this year. Yes, shame on me. I guess I was just too busy and knew the youngest two would get more out of it starting next year. However, they did do some crafting this morning. 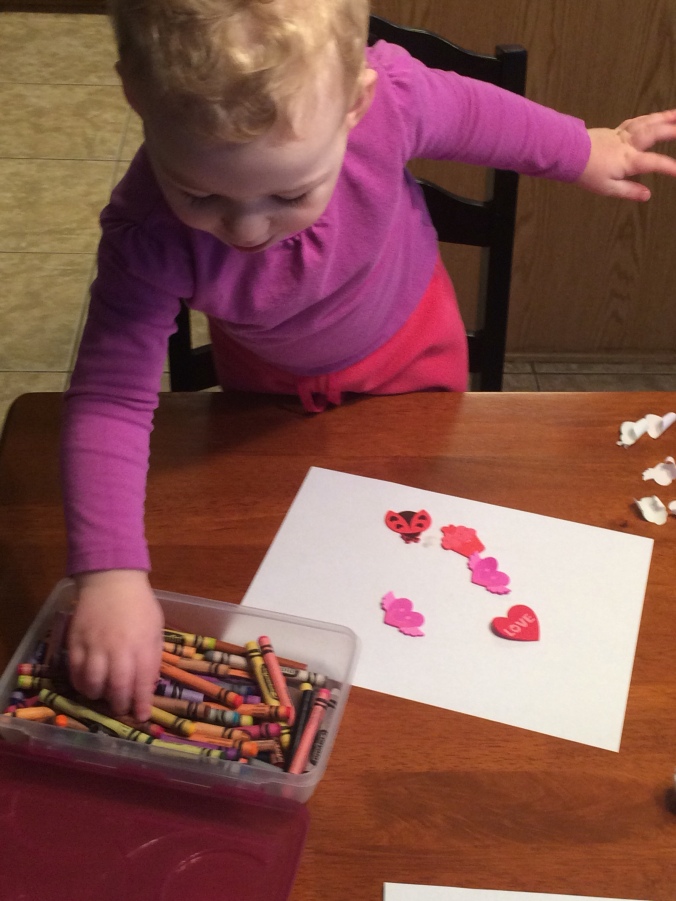 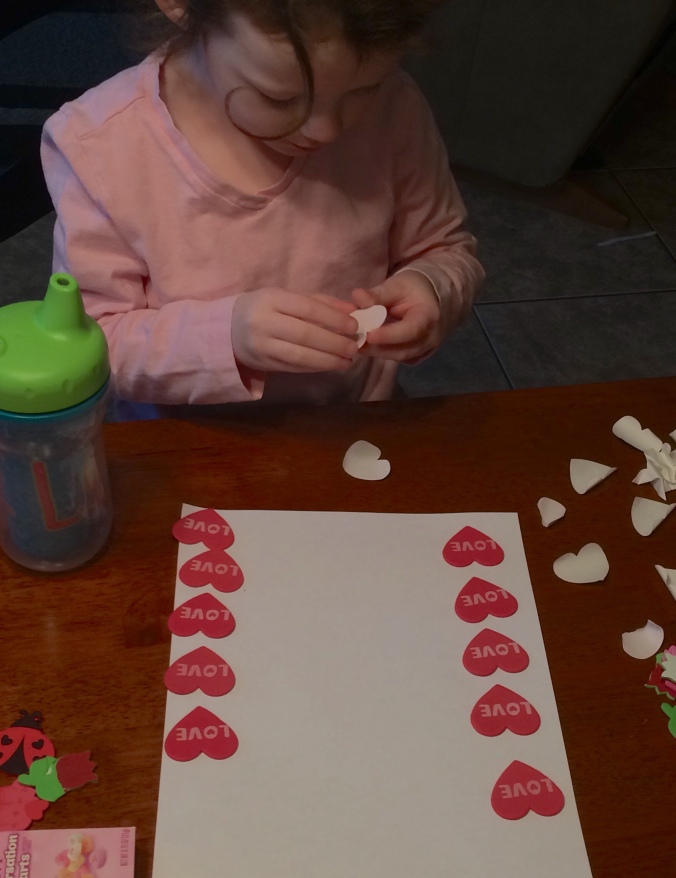 Pickles had his heart set on a cake today and it’s now in the oven. He was delighted by the simplicity of making a heart-shaped cake. (Make a square, turn it on its point; make a circle and cut it in half; put the halves of the circle on adjacent sides of the square; frost together.) The butter is out softening for buttercream frosting. 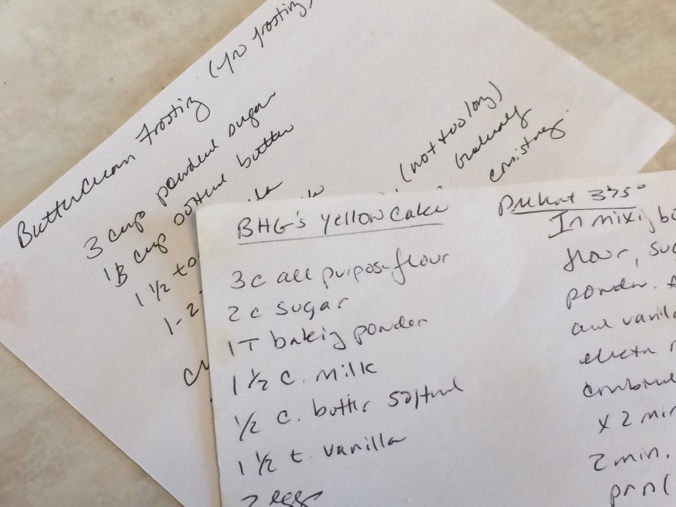 I wove in the ends and washed the cross blanket last night. It’s blocking now. I’m not quite happy with it because an illusion is making the top crossbar look thicker than the main crossbar (they’re exactly the same number of rows). Ah well. 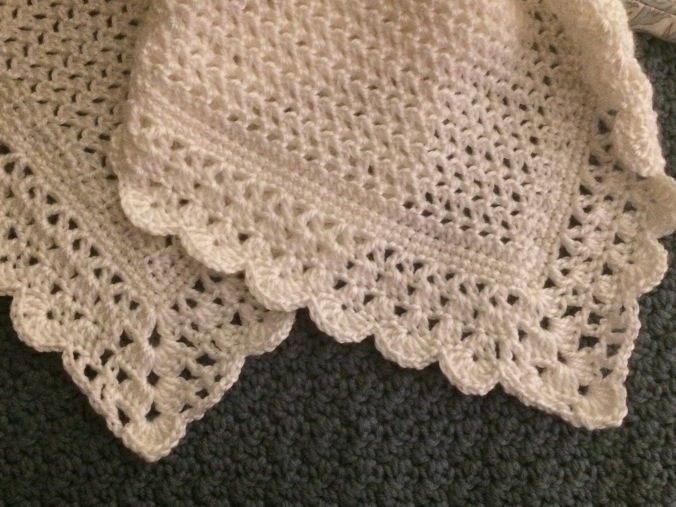 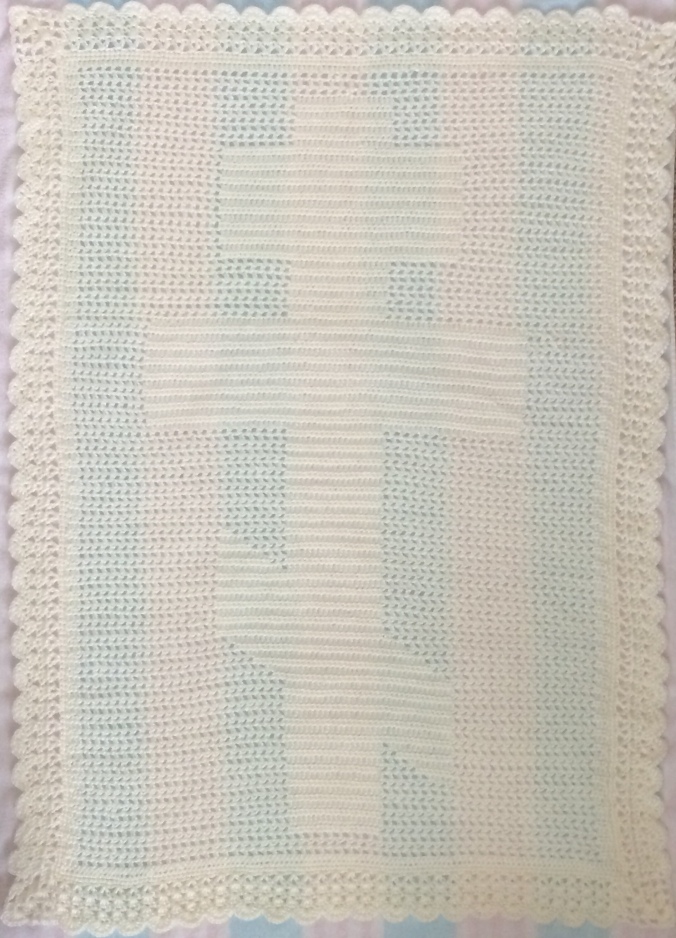 Yesterday I cut out all the pattern pieces for the vintage shirt dress I’m making. This morning I pinned and cut out all the pieces. I discovered that I didn’t buy the right kind of interfacing (grabbed the wrong one) so I can’t cut those pieces out yet.

The sun finally came out! We have had almost uniformly grey days for the most part interspersed with plenty of rain, and have lots more in the forecast, so it’s nice to see the sun. I feel like the children in that scene in the underworld in The Silver Chair when they can barely remember what the sun looks like.

I’m sitting on the couch (it’s nap time) working on a cardigan sweater for myself. I’ve only just cast on.

Father comes back from his three-day diocesan assembly this evening. I’ll be glad to have him home!