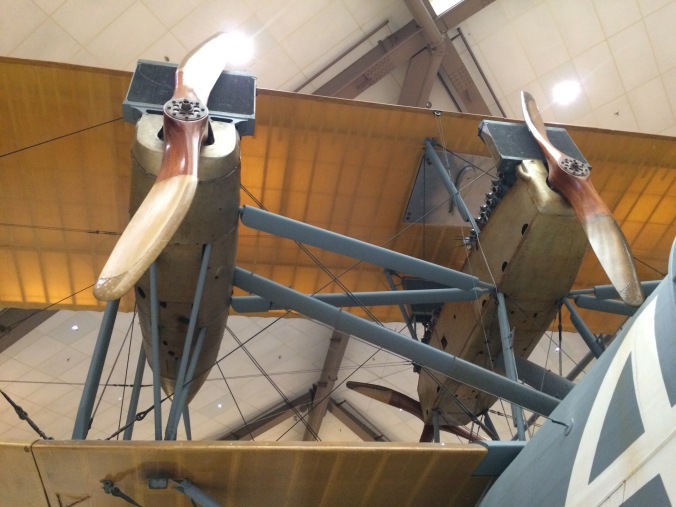 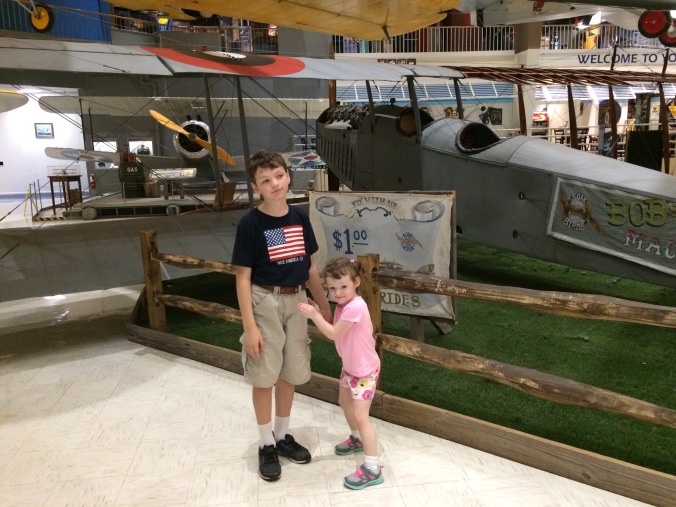 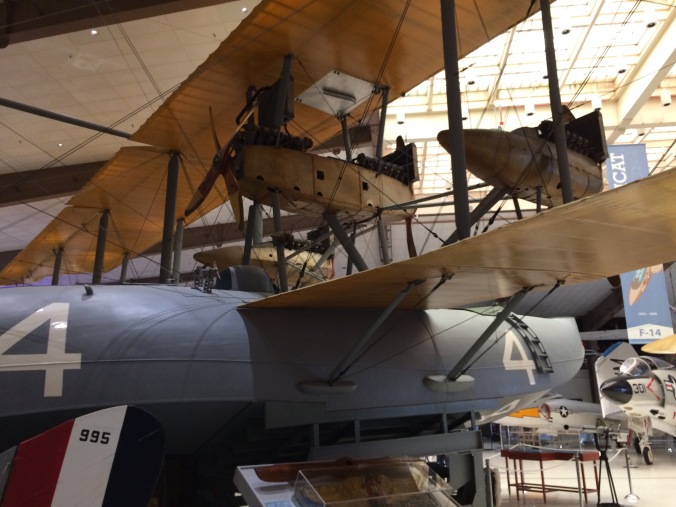 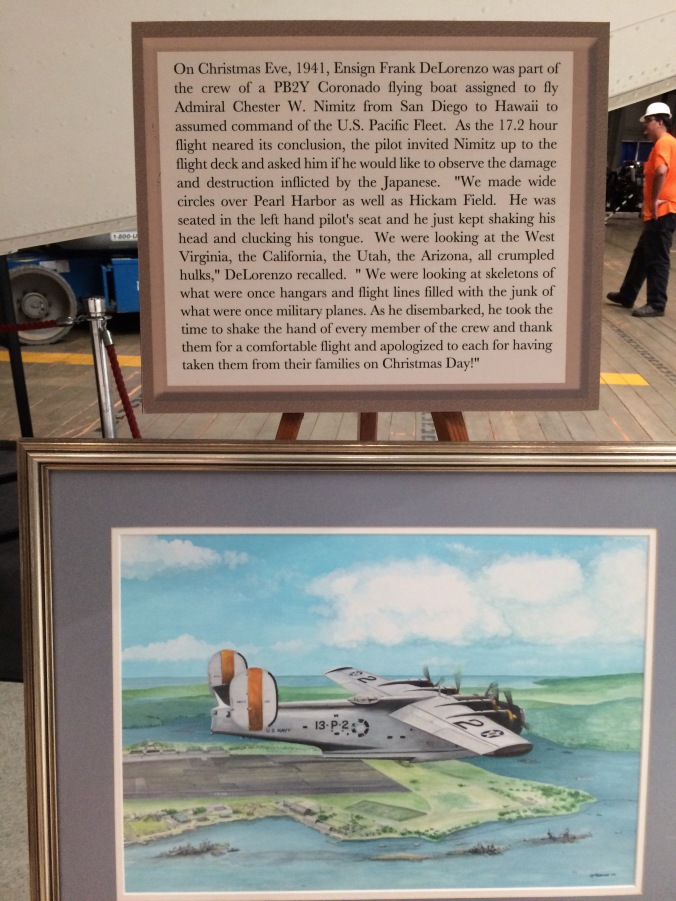 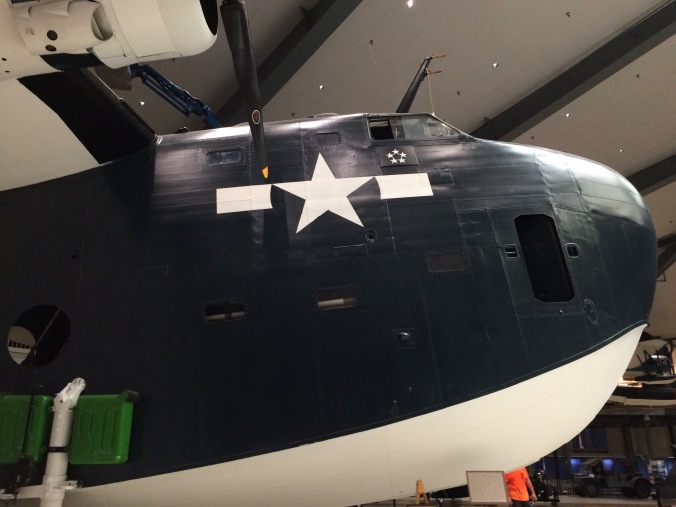 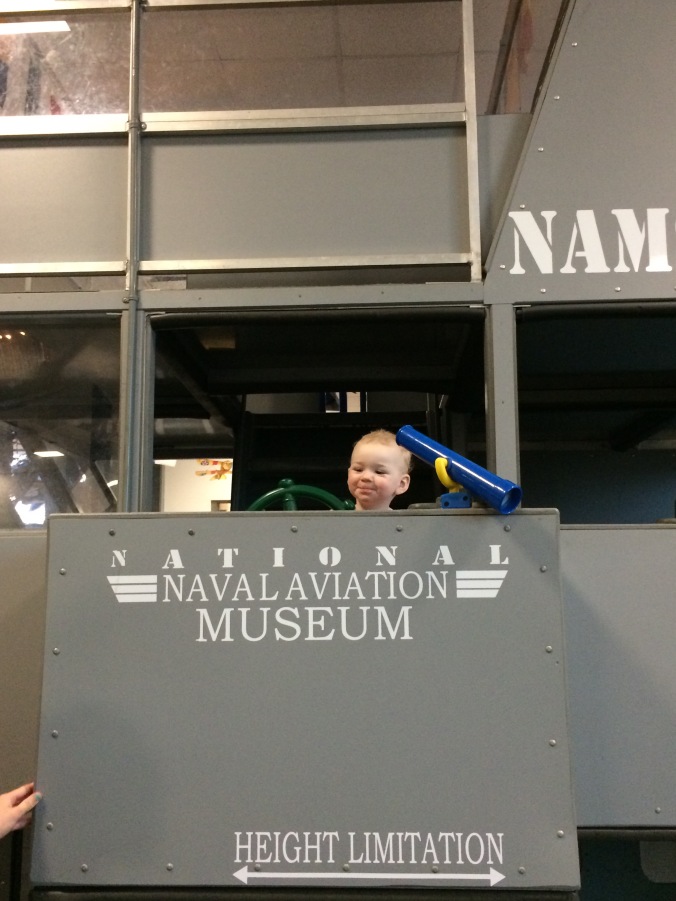 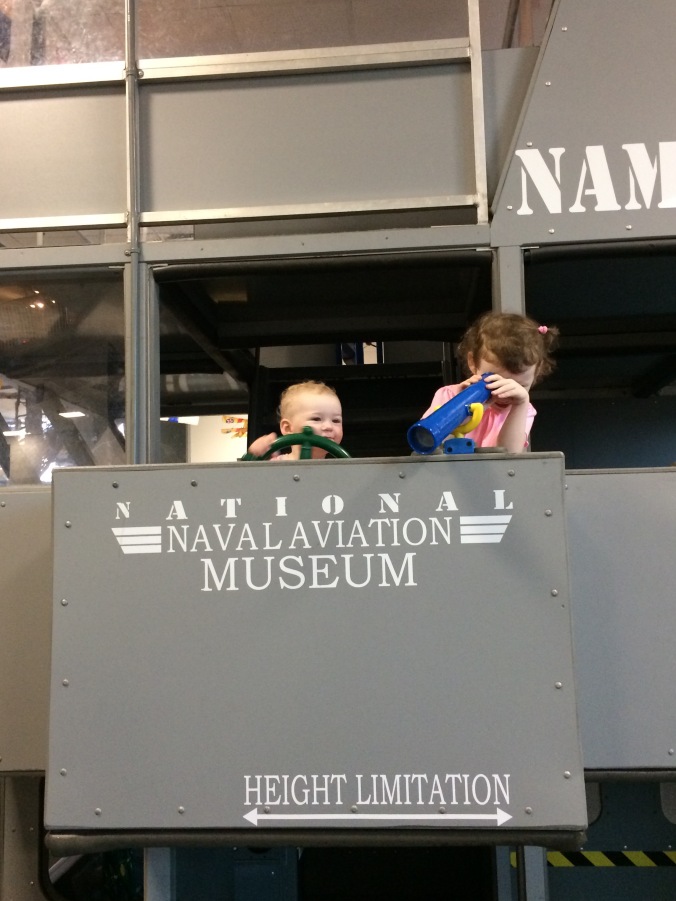 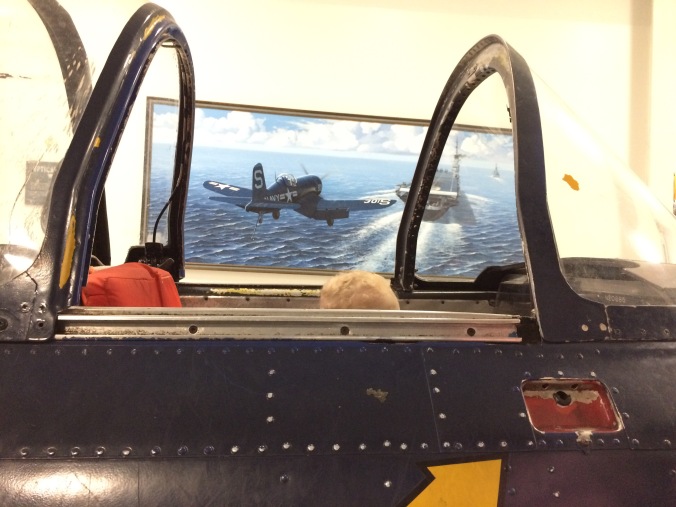 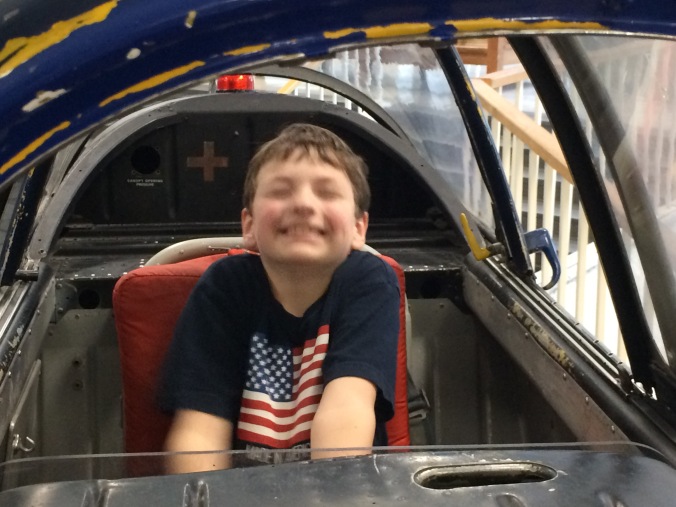 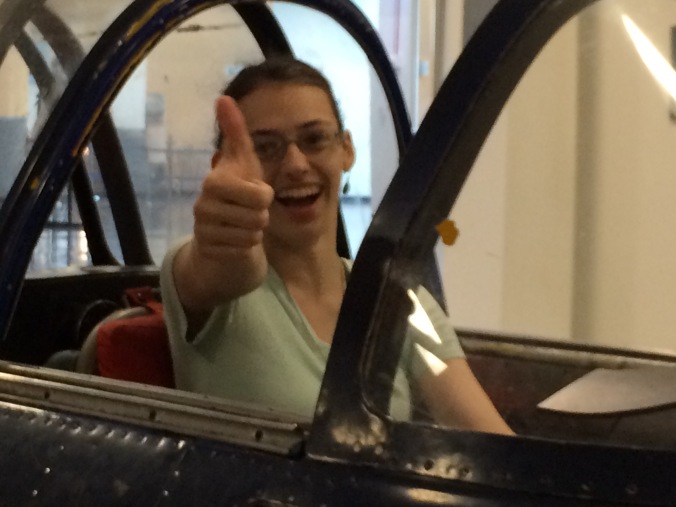 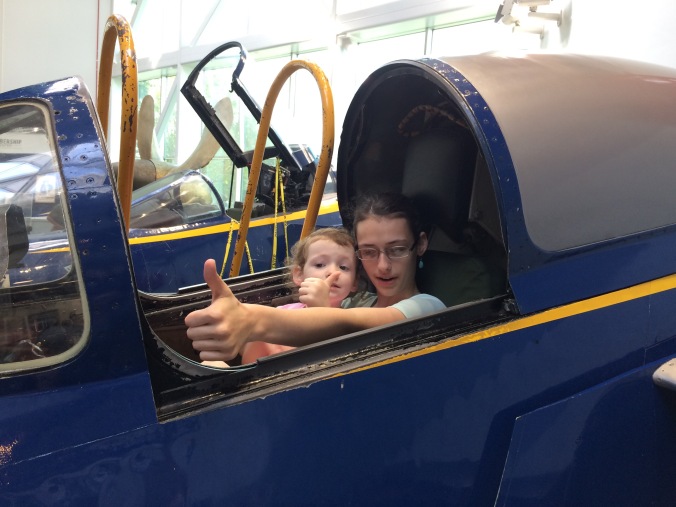 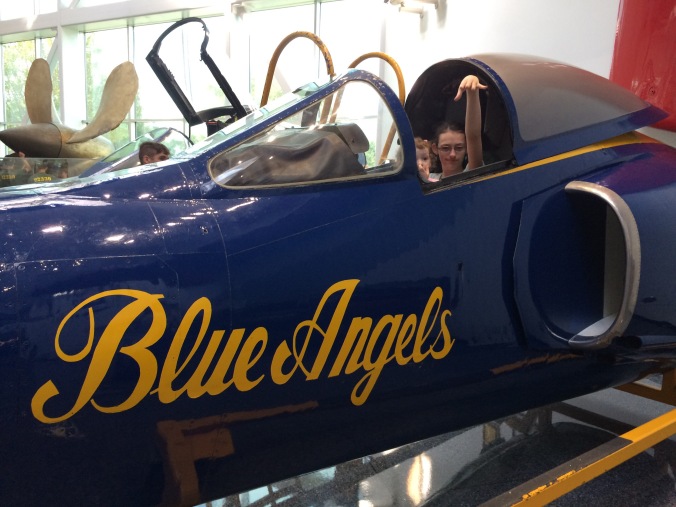 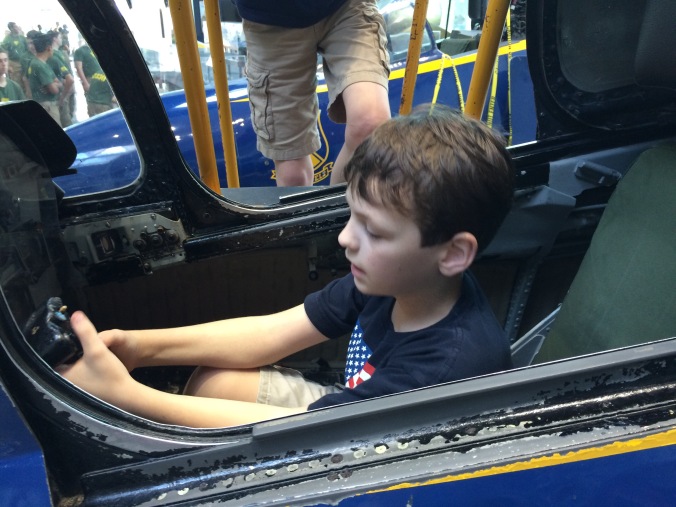 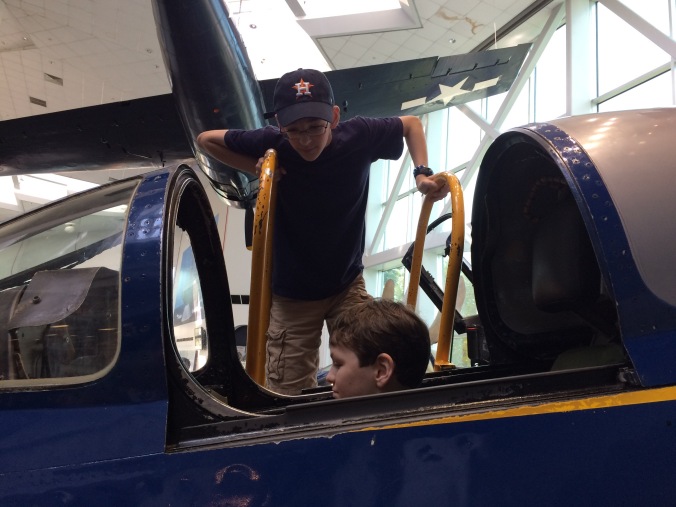 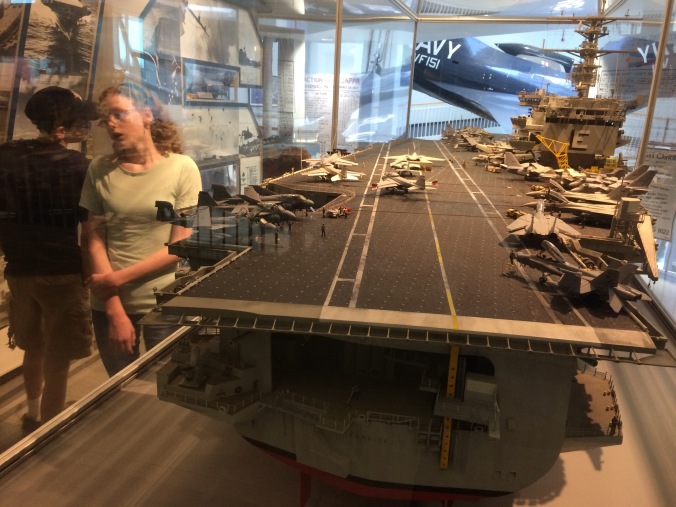 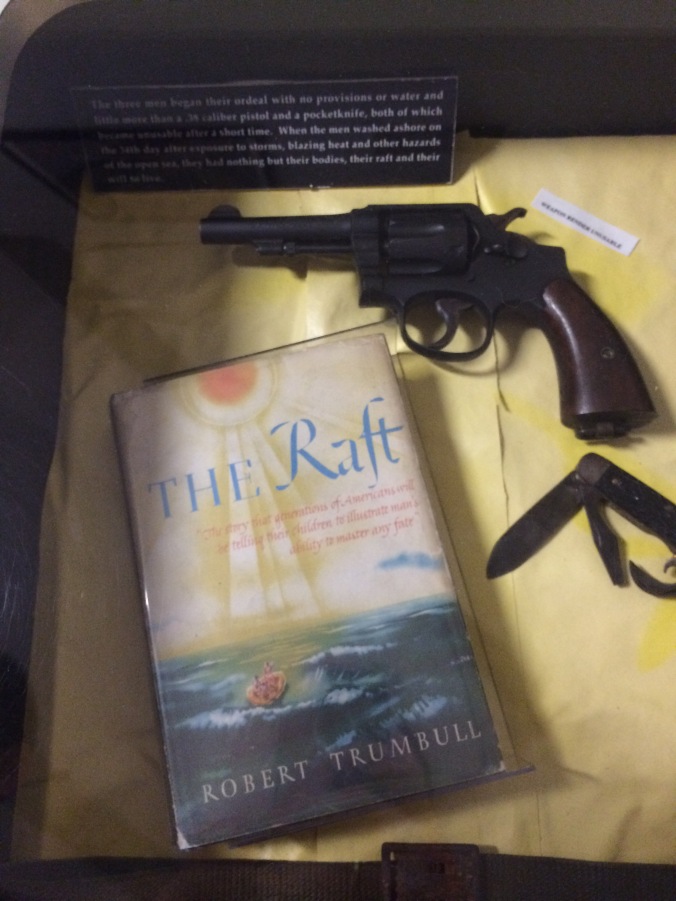 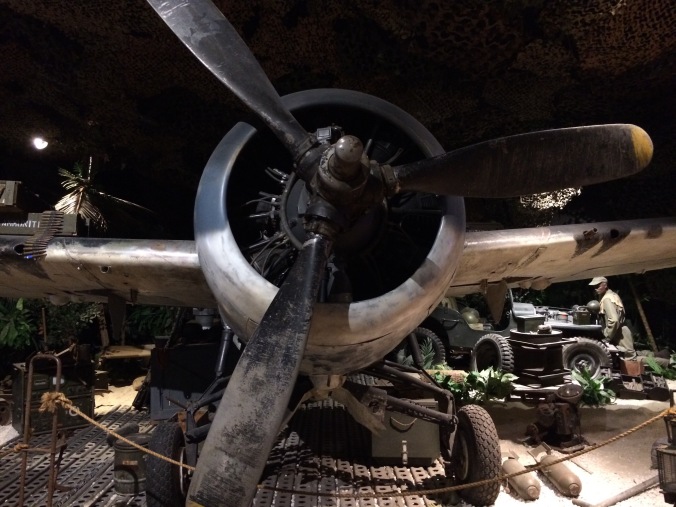 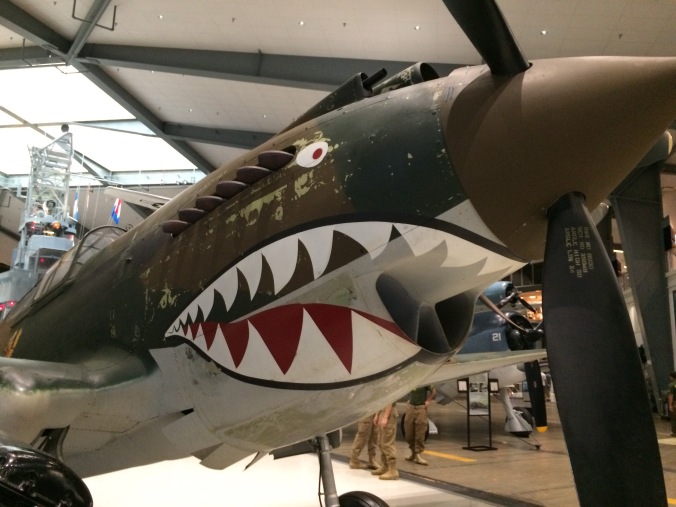 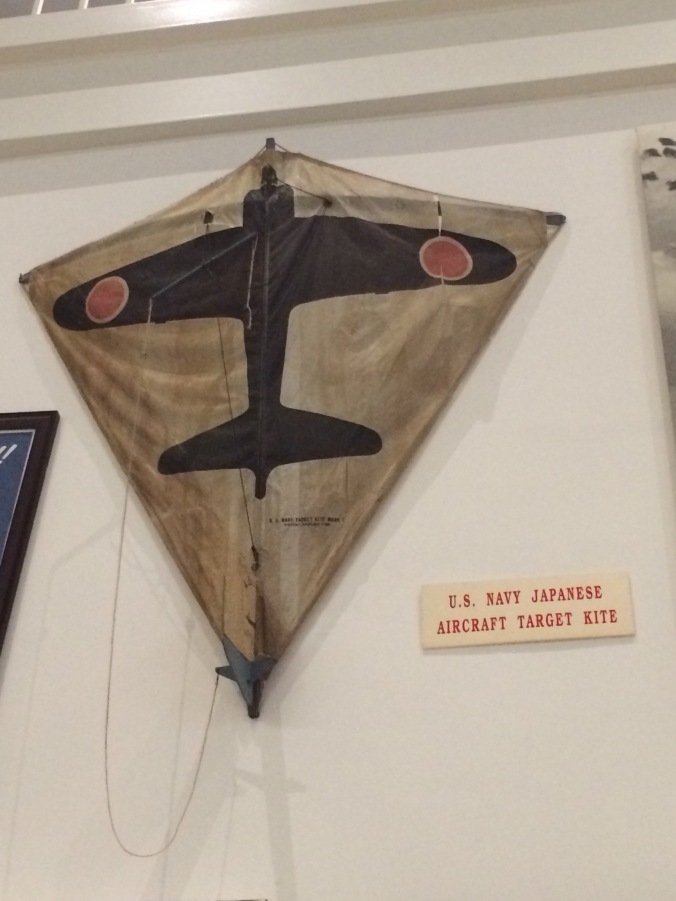 The Ranger was my father’s aircraft carrier. It has since been decommissioned. 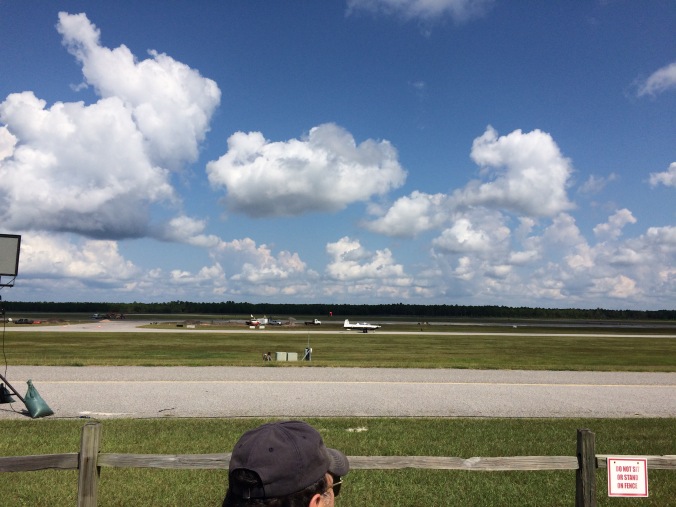 The National Naval Aviation Museum at the Pensacola Naval Air Base was a wonderful experience. Believe it or not, admission is free, and that includes guided tours, tours of the historic planes/helicopters parked on the tarmac behind one of the hangers, and admission to see the Blue Angels practice (only on certain days). It’s remarkable. The museum itself is very child-friendly, and includes plenty of planes and mock-ups to climb in and around. The museum goers were a mix of families with children, adults, and veterans. There were many veteran volunteers staffing the museum who were happy to answer questions.

The only fly in the ointment was a mixup on our part of the schedule. I was going by two websites that specified the Blue Angels practiced at 8:30. On a third website could be found the actual schedule which stated the practice began at 11:30. The gates to the viewing bleachers opened at 10:30 and you were encouraged to go early to make sure you got a seat.

We stayed at the museum until time to head to the bleachers. Unfortunately, because I had planned on our being at the site at 8, I had not recommended everyone bring a hat. The babies had hats as did the boys, but even the hats weren’t sufficient to hold off the heat in the sun-drenched bleachers. We wound up making the overall healthier move and just packed it back to the van. We missed the show, which was a huge disappointment to me, but the little ones were showing signs of fright even with the few jets that flew over while we were waiting. Maybe I’ll get back there one day. If you’re ever in the area I highly recommend it!