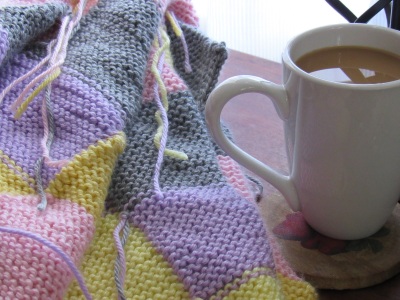 Last evening I finally finished this patchwork knit blanket for baby Irene. Her baptism is Saturday and I was in a rush to finish. This morning I finished weaving in the rest of the 128 yarn ends. 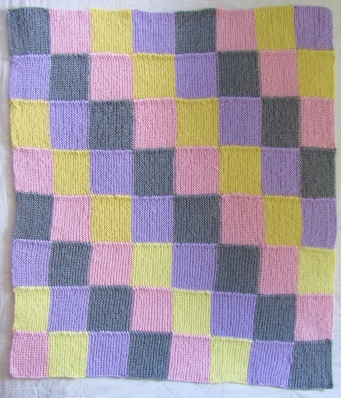 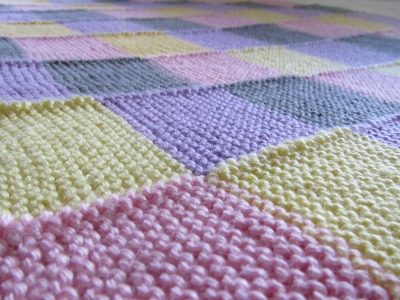 I won’t be doing another like this in a hurry. 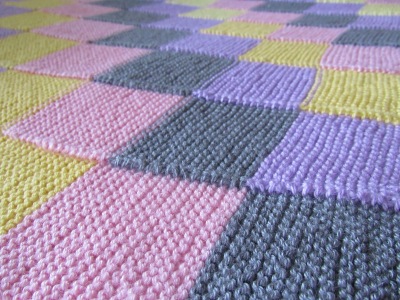 I’ve read “A Voyage for Madmen” several times. It’s about the 1968-69 Sunday Times Golden Globe Race (single-handed sailing circumnavigation of the globe). The last time, fairly recently, I noticed a book in the bibliography, “The Strange Last Voyage of Donald Crowhurst” by Nicholas Tomalin and Ron Hall. Donald Crowhurst was one of the nine men who set out, but he sailed around the southern Atlantic for several months and then worked his way back up toward England. I won’t be a spoil sport and go into more details. The accepted story (based mostly upon his logbooks) is that he went insane. I certainly think he was mentally unstable, but there are also clear signs of demonic possession as well. It’s terribly sad to read because you can see how the demons sought to destroy him and succeeded. That being said, it’s a very interesting read. 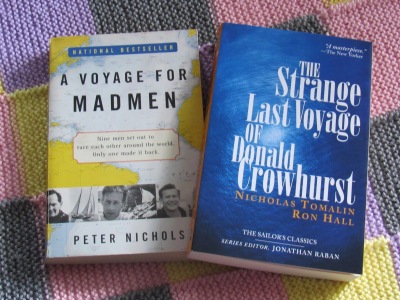 What are you making and reading?

10 thoughts on “Yarn Along: Patchwork Knitting”