Campus Crusade for Christ will now be known as “Cru”. Per their website as quoted on FOX News:

“We were not trying to eliminate the word Christ from our name. We were looking for a name that would most effectively serve our mission and help us take the gospel to the world. Our mission has not changed. Cru enables us to have discussions about Christ with people who might initially be turned off by a more overtly Christian name. We believe that our interaction and our communication with the world will be what ultimately honors and glorifies Christ.”

Names are important. Kentucky Fried Chicken is now only marketed as “KFC” because they felt that more health-conscious people would be turned off by the word “fried”.

I heard a while back about an interesting* hybrid called “Chrislam“. It’s exactly what it sounds like – a hybrid of Christianity and Islam. Per Wikipedia:

“One religious movement is called Ifeoluwa and was founded by a man named Tela Tella in the 1980s. Tela Tella claims that an angel of God came to him and told him that he gave him the mission and the name Ifeoluwa: The Will of God Mission. The other religious movement of Chrislam was founded by Samson Saka in 1999. After making a pilgrimage to Mecca, Saka claims that he was inspired by God, to make peace between Christians and Muslims.”

I wonder if an ape named Shift was involved:

“Tash is only another name for Aslan. All that old idea of us being right and the Calormenes wrong is silly. We know better now. The Calormenes use different words but we all mean the same thing. Tash and Aslan are only two different names for you know Who. That’s why there can never be any quarrel between them. Get that into your heads, you stupid brutes. Tash is Aslan: Aslan is Tash.” 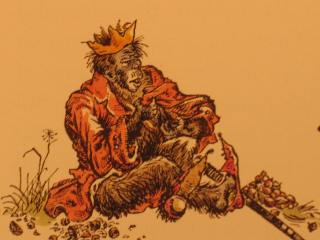 *”interesting” as in “horrifying”