Previously I mentioned I was trying to decorate the house (i.e. – mantle) in a wintry way now that the Christmas decorations were all down. I worked on the mantle itself but was confounded once again by the sheer expanse of mirror. At least 16 square feet of it. The largish painting I had leaning against it earlier last year is manifestly summery and would not do. Then, I had some inspiration. I thought about how the Christmas garland broke up the expanse, softened the lines and lowered the ceiling. Well… 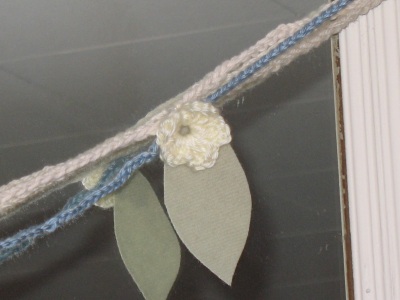 I crocheted a garland. The leaves are wool.

Hm. I’m still not sure what to think about it.
Here’s the rest of the mantle. 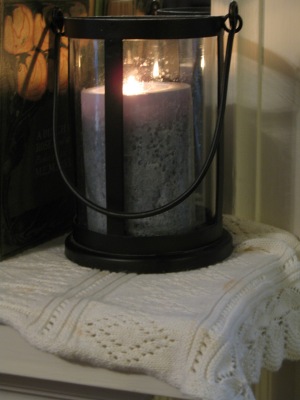 I used a scarf for a runner. It looked cozy. 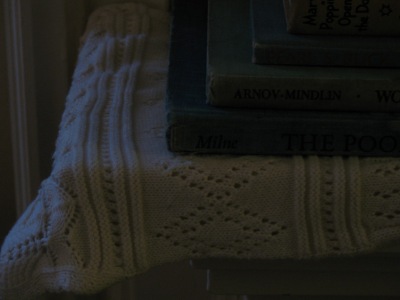 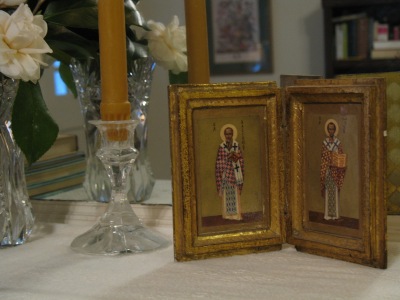 The flowers were kind of on their way out due to a recent hard freeze. 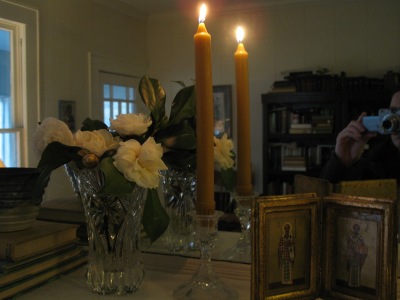